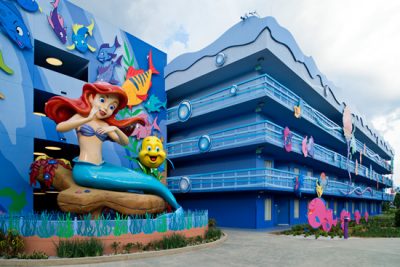 Discover the Resort hotel that’s a story in itself, celebrating the enchanting artistry of beloved animation favorites. Want your own adventure? Rent a surrey bike for a scenic ride around the lake. Feel like tooning out? Relax at our 3 delightful pools and kick back at the Drop Off pool bar. (source)