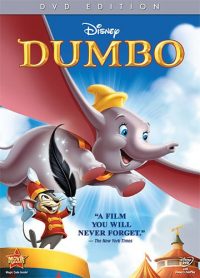 Meet Dumbo, Mrs. Jumbo’s sweet little “Baby Mine” who charms all who see him, until it’s discovered that he has huge floppy ears! With the support of his very best friend, Timothy the mouse, Dumbo soon learns that his spectacular ears make him unique and special, allowing him to soar to fame as the world’s only flying elephant.