With so many things to see and so much ground to cover between Walt Disney World’s four main theme parks and other important stops like Disney Springs and the water parks, it is very easy to return from a week’s trip and realize your kids missed their favorite character.

In this installment of my “Where to Find” series, I am going to run through where the characters of the various Disney Junior shows like to hang out in the parks. Of course, the Disney Junior character breakfast/lunch at the Hollywood & Vine restaurant at Disney’s Hollywood Studios is a great option to see many of them at the same time, as is the Disney Jr Courtyard, also at DHS. There are a few other places to visit with your favorite Disney Junior characters at Disney World. Here is the complete rundown: Mickey and the Roadster Racers at Disney World:

Jake and the Neverland Pirates at Disney World

Sofia the First at Disney World

Elena of Avalor at Disney World 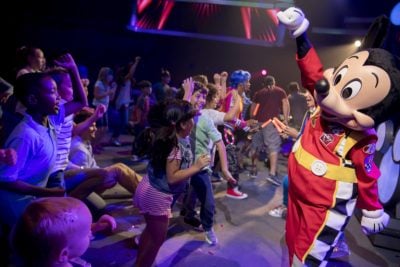 Miles from Tomorrowland at Disney World

Please note that, like anything else at Disney World, all of this is subject to change. It should’ at least’ give you an idea of where to look and in which park, for a particular character.