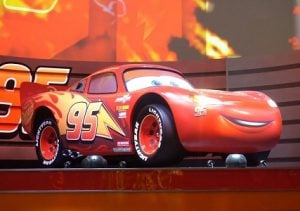 Who is Lightning McQueen?

Lightning McQueen is a fictional character and the main protagonist in the Cars franchise created by Pixar Animation Studios and produced by Walt Disney Pictures. He is a race car that competes in the Piston Cup Racing Series. The first Cars movie was released in 2006. He was played by actor Owen Wilson.

Here is the Internet’s largest collection of Lightning McQueen related movies, TV shows, toys and other products. As always, new pieces are added to this collection regularly.

Disney/Pixar has announced that Cars 3, will be released on 4K Ultra HD/Blu-ray, DVD and On-Demand on…