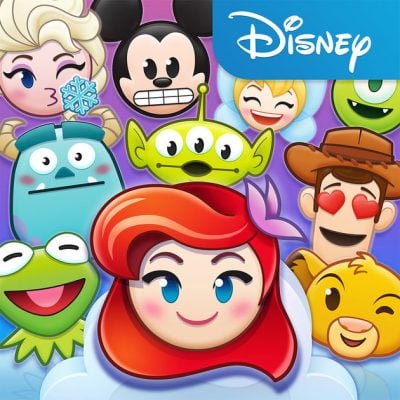 With Disney Emoji Blitz, play and collect hundreds of Disney and Pixar emojis like never before in an exciting matching game!

Before you download this app, please consider that this app includes advertising, some of which may be targeted to your interests. You may choose to control targeted advertising within our applications by using your mobile device settings (for example, by re-setting your device’s advertising identifier and/or opting out of interest based ads).

Number of emoji characters and items in Disney Emoji Blitz:

Percentage of users that select Ariel as their first emoji on Disney Emoji Blitz: