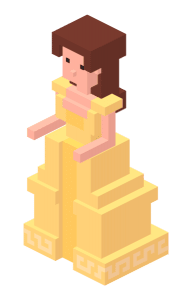 While it is to be expected that themed content in apps relating to recently released movies will generated significant interest, it isn’t always a given. We have seen plenty of flops over the years. These off-screen stats, along with the movie’s amazing box office debut prove that last year’s record-breaking movie success wasn’t a fluke for Disney and gives us great hope for another huge year.